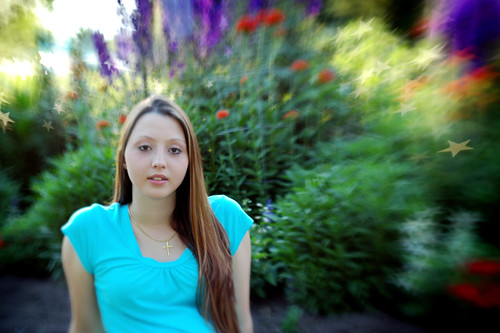 I never did really decide.

So today, g-ma had an appointment and I took Mikale to the library to see a magician perform. Turns out the magician is a married 28 year old dude from the detroit area named Jason Abbott. The site won't tell you anything. It's not exactly functional.

He started out amusing enough, though I think his humor is more to be appreciated by adults. He made fun of most of the kids. Which was funny. To me anyway. Except when he made fun of Mikale's hair cut :p Kid has a weird shaped head! It's not his fault!

There was more "comedy" than magic I think. He had a few tricks. I appreciated the straight jacket bit at the end. And the bunny. Russell. Russel? I'll say it's two Ls. I didn't ask. Russell was cute! And fuzzy! And gray! And I'd be able to show you pictures of him but my camera decided not to cooperate and didn't actually take any pictures. Grr. I keep getting the stupid CHA error the last few days. I do not like it. I need to clear off all the pictures soon and reformat probably. I've been putting it off until I get the chance to pick up another drive.

But otherwise, I wasn't terribly amused. He called me out for being on my phone through the show. Not talking, just internet. I wasn't being obnoxious. That's not why I had issues with him anyway. I'm not exactly sure why. I think it might have been that much of the "comedy" wasn't terribly funny. Now I really wish I would have kept track of what he was saying when I was twittering. There were things that brought it on. Oh well. Doesn't matter. The bunny and the straight jacket were at the end and he redeemed himself then. So I'm going to go with 2/3 amusing 1/3 douche bag.

After I visited the bunny I talked to him for a minute and told him I was going to blog about his bunny and him. And he seemed concerned. He wanted to know what I would write and told me to be nice. So if he actually googles himself like I recommended: Hi Jason Abbot! Sorry I called you a douche bag on the internet!
Collapse