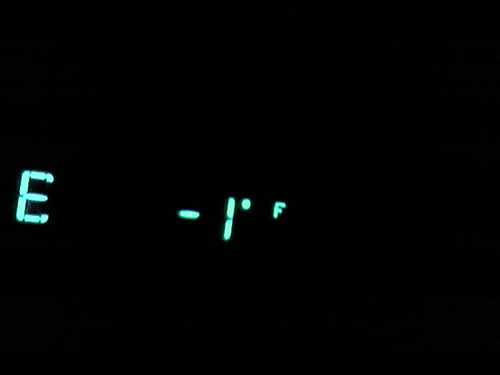 
This was when I was on my way to work this morning. Bleah.

Yesterday I hung out with g-ma for a bit after work. I made myself a grilled cheese for lunch, had a cup of coffee, chatted with her.

I talked to Matt for a while on the phone, did some catch-up.

I called Steve as I was leaving so he could get dinner started. I had left the beans for our soup soaking in the morning before I left for work and everything needed to go in the slow cooker. I finished the soup later. When I got home I had some cocoa, talked to Matt a bit more, talked to Steve.

I also talked to a guy who had left me a message on my business line. He was looking for someone to take pictures of a house in Saginaw he might be interested in buying. But he's in Arizona. So in theory, he will pay me some money and I will take some pictures and email them to him. He hasn't done his part yet though.

Steve and I went for a walk while we waited for dinner to finish cooking. It was nice coming home from a cold walk to tasty tortilla bean soup.

After that it was bedtime. 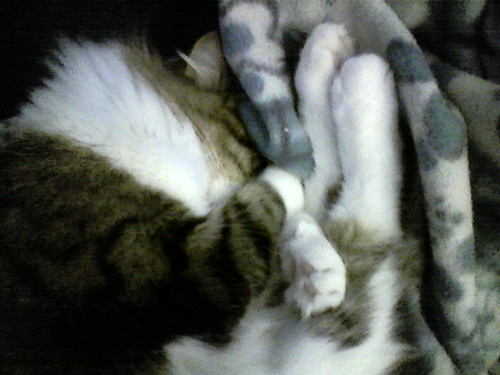 
We are cozy in the lounger.