I still don't know what the evening will bring. Part of it depends on if we can get me smushed into the dress I would be wearing to be a widow. (I first typed window, a totally different, but perhaps more interesting, costume idea) Apparently my boobies are larger than they were the last time I wore that dress.

Before that we're going to hang with Steve's family. His nephews are going trick or treating and I'm sure will be very cute.

We have pumpkins carved (pics up in my flickr but I'll post at least one later) and will put them out later I hope. Mine has grown a little wilty. So sad. I have it reviving in a bucket of water. I hope it will help at least a little.

I have a lot to get done this morning. This is what I get for slacking.

Yesterday I went to a marketing/advertising class. It was free. Free is good. The things we covered were mostly things I have though of over the past year but it was validating at least. There were supposed to be 8 people showing up but there were only 3 of us. The lady brought candy. Yay! I have some ideas. I am going to look for charity auctions to donate gift cards to. I'm going to look up events, expos, fairs - things that allow people to set up tables/booths. I want to be one of those people. It will require me getting some materials together but I need to be doing that anyway. Mostly just new business cards, brochures/info packets, a few large gallery wraps and maybe a nice coffee table book and/or album. It won't be cheap though, which is why it's not done yet. The gift card thing is far more do-able. 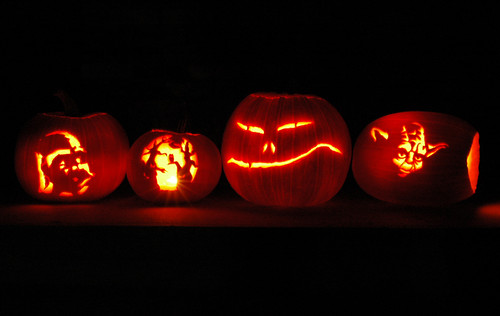 Mikale's is first (it's darth vader), mine is next, then Mary's and then