Yesterday I had a bit of a headache. I'm tired of headaches. I didn't do anything too exciting with my afternoon. I washed my work pants and did two loads of shirts and sweaters. They needed to be done though. I visited Biscuit a bit but he was in the mood to be crazy so he had to go back to jail. I had too much sweet stuff. We still have cupcakes and lots of ice cream cake. I had some of both and then felt icky.

Had dinner with Mike. Tasty veggie burgers and corn slaw. It made me feel far less yucky than the cake and ice cream did.

Steve was nice and bought compact fluorescent bulbs. And then he was nice and decided to replace the bulb for me that I replaced earlier with a regular bulb. Unfortunately, he did not actually replace that bulb. He replaced one that did not need to be replaced and broke a CF bulb on the bathroom counter in the process. I appreciated his help but grr. Ok I appreciated his desire to help and the effort he thought he was putting in. The basement bulb still needs to be replaced. 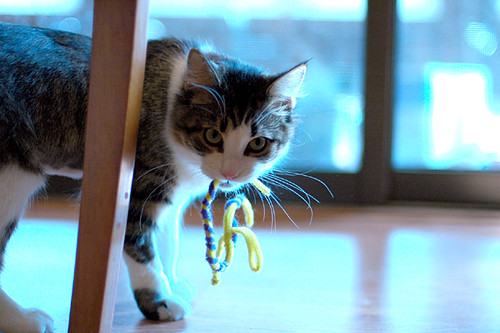 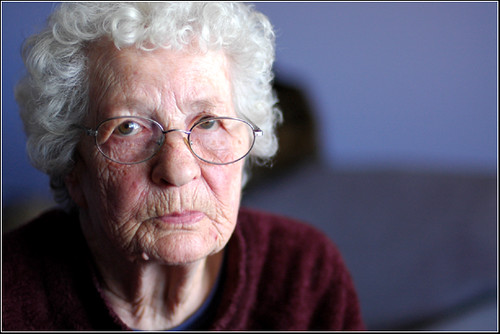 Finished the pictures from my birthday/easter party. They are here. 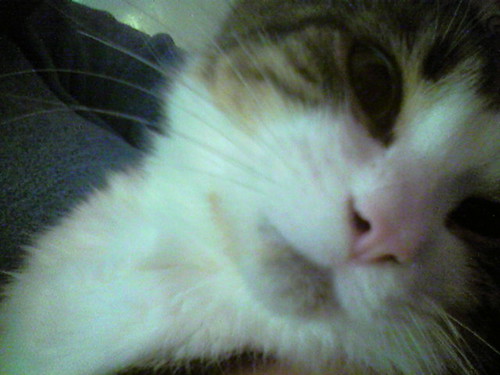 Being snuggly for a minute.