I took Friday off of work because I didn't really want to work on my birthday. So I slept in until 10ish, had lunch with Mike, watched Ugly Betty with Steve, ate chocolate from my easter/birthday basket from Steve, and then went out to dinner at Genji. Yay! I had teriyaki chicken with an extra side of vegetables. I had a lemon drop martini that tasted like mostly vodka. Steve helped me finish it. I just couldn't do it. I am wimpy. I had green tea ice cream for dessert and then they also brought me a brownie. It was pretty but not that tasty. Kinda dry and extra chewy. But not the way a brownie is supposed to be. After dinner we came home and Mary and Mikale came over. They brought me a card and a lovely little birthday cake. It was white chocolate raspberry. Mary didn't care for it but I thought it was quite tasty. Enough so that I've had some for breakfast the past two days. I made Biscuit a little plate of Genji leftovers and he liked that. He was pleased. I gave him a little bit of birthday cake. He liked that too. Mary also left the cupcakes she and Mikale and my grandma had made. They're cute. They look like little easter baskets.

Saturday I slept in until about 10:30. We got the house ready for the birthday/easter party and I filled eggs with candy and hid them around the house. Last year it was a little more elaborate with a contest and Bunny Bucks and a Bunny Store to spend them. But I just didn't get into that much planning this year. I've had mostly Biscuit on the brain. Steve shopped for the party while I did the eggs and made sure someone was here in case anyone decided to show up early. Steve brought back tasty food and more candy so I could finish the eggs. Mary and Mikale arrived while I was filling eggs but they left for a bit so I could finish. They went to the store and bought prizes for Bunny Bingo. Steve and I finished getting the house ready and then just hung out while we waited for people to arrive.

Barb, Harry and g-ma had gone to the store before coming to the party so they were later than I expected. Usually my grandma is the first to arrive. Mary had just left to go to the store to get easter stuff for Mikale when they showed up. They said she passed them and they stopped to talk to her for a second. So I figured she wouldn't be gone too long. The party got going then and we got food out and people ate and Mikale bounced around the kitchen. He was itching to hunt for eggs. My hiding wasn't too challenging so he saw quite a few of them just as he was going around the house. I hadn't really thought about doing the egg hunt as a specific thing or a contest or anything. Originally I just figured people could find them as they found them and enjoy the candy inside. I liked that idea but we ended up having more of a real egg hunt, though I think Mikale, Mary and maybe Steve ended up with the most eggs. I think it worked out ok. It doesn't bother me to have varying degrees of participation for things. Particularly since I'm not really too focused on what we're doing. The event is so totally secondary for me. I just like having everyone together and being able to spend time together. Doesn't matter what we're doing or if we're doing anything. So I was happy and I think Mikale was happy (he had quite a haul!) after having to wait for hours.

We had lots of tasty food. Mexican rice, spinach dip and crackers, turkey club sandwiches, baked appetizers (pizza rolls, pepperoni pizza bagel bites, quesadilla rolls, mozzarella sticks and cream cheese jalepeno poppers) and drinks. We had pop and bits of alcohol My grandma kind of got that part of the party going with her request for a margarita. We made it through most of a bottle of tequila and two bottles of cava before the night was done.

We put together a peep puzzle (timed - I think I was the champ for that - and no I most certainly did not practice all winter! ;) I put those peeps together on skill alone!), played Bunny Bingo and then did several rounds of psychiatrist. That really got us laughing. Probably the best part of the party. It's an amusing game. I definitely would like to do it again at future parties.

Today my dad, Donna, Ashlee, John and their significant others stopped by to say hi and give me birthday presents. It was nice to see them. It's always a little awkward but I'm glad they came. I saw pictures of Ashlee and her boyfriend's twins that died. They looked to be pretty premature. Also awkward but I'm glad she wanted to share. Poor kid, I'm sure that has to have messed her up. I also heard that she fished up high school with home schooling. She's done way early and is planning to become a nurse. I hope she goes for it. John doesn't seem to know what he's doing. It can be hard to figure it out though.

Biscuit is wigging out in the bathroom right now. When I was in there he had crazy eyes and crazy ears and was attacking my leg and some twisted together pipe cleaners. Kitty jail is hard. 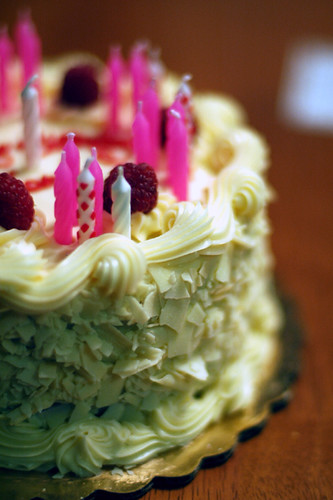 I've gotten through the first part of the birthday photos. Click here to see what I have so far.