Kate is supposed to be calling around 8ish. I'm just finishing my coffee. I'm mostly ready. I need to find something to wear today. Otherwise, I'm good. I hope she calls telling me good things.

Kate said Biscuit is doing really well, "Fantastic actually," and that he can be picked up today. We're going to get him at 1. So we'll be leaving about 11 or a little after. She said she got him to eat for her today. She tried warming it up for him, dabbing a little on her finger. She seems so nice. Biscuit has been fortunate to have her looking after him. She said he has a little fluid on the left side of the incision but that's not unusual, given how much they had to move stuff around in there and that it should resolve itself. He will come home with one pain med (to be given every 6 hours) but no antibiotic. Since it was a clean surgery, with no cutting into the intestines or anything, and since they gave him antibiotic during the surgery, there will be none to take at home. 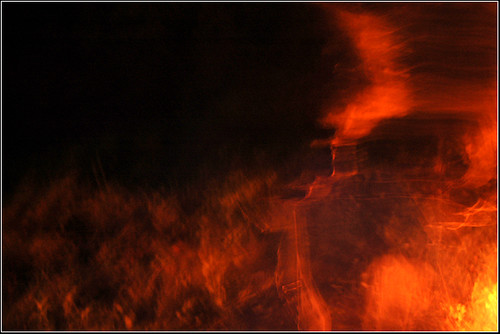 I love how this looks! 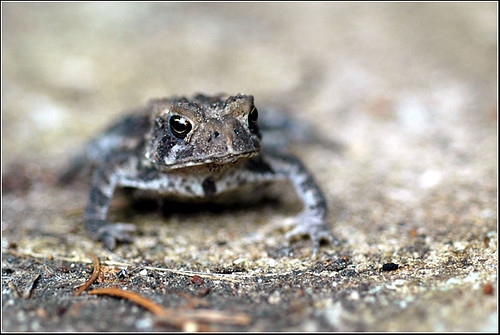 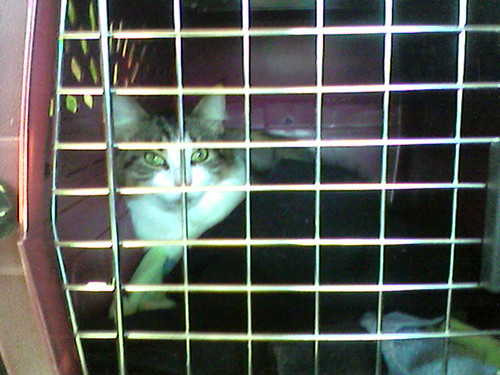 I has a Biscuit, originally uploaded by angelle321.

Yay! and some more yay!

We arrived at the hospital just before 1 and waited in a room with some other people until Kate was paged and came for us. She took us back to an exam room and went over the information about Biscuit's surgery and after care. She said he burrowed down in the blanket in his cage and when he first did it she couldn't find him until she saw the blanket moving around. She gave me a copy of the papers with all the information from when he came in to when he left. I'll probably scan it and add it here or in it's own post later. It says much of what I already wrote about but in more technical language. I'm glad to have it. I was going to ask for a copy of his records but she was already on it.

Kate took me up front to pay my balance ($550) while she went to get Biscuit. Then she showed me his incision and his fluid pocket. He looks so strange. They shaved him quite a bit and he looks skinny. It's strange not to see him bulgy too. He has an incision from sternum to pelvic bone and has about 20 staples. The fluid pocket is squishy and kind of jiggles. I'm supposed to keep an eye on everything and make sure the fluid pocket doesn't get bigger. I'll also check his incision on his belly and bits. It needs to be kept clean and dry. I need to get ahold of them if it starts to look red or if there's any discharge.

He slept on and off most of the ride home. When he got here he didn't seem to know what he wanted to do. He scratched a little on the kitty scratcher, went back in the living room and looked like he wanted to get back in the kitty carrier, ate a little kibble, washed his tail a little, took a loooong pee in the litter box. I made him come in the tv room with me and I shut the door. He's sleeping now.

If you'd rather just check the photos on flickr instead of clicking a bunch of links, they are here.
Collapse