Today is the birthday of my grandma and Mary. So send happy birthday vibes to them both.


So lately I've been slacking in my journal writing. Not too much going on though so I guess it doesn't matter too much.

This morning Biscuit was laying up on my shoulder and he suddenly belched (at least I think that's what it was) only I think it was more of a vurp and so he sprayed/dribbled fine droplets of liquidy cat food bits on my shoulder/arm/hand/fuzzy throw. It was pretty gross. He seemed alright after that though so maybe he just ate his breakfast too quickly.

Monday in class we took pictures with nude models. It went well I think. I hope. I guess I'll know for sure when I see my film. We also will need to take outside of class. I don't know yet what I'll do with that. We'll see.

It's cold. I was less cold last night because I found a shirt with sleeves to sleep in. t-shirts just aren't cutting it now. I think this weekend I might have to go out and look for a few things. I have one long sleeved t-shirt (that I wore last night) and a couple sets of pajamas with the button front tops but one of them I can't find, one of them smells funny and I don't really care for the style. I like fleece and flannel pants but for the top I'd just prefer something in a pullover type style. More comfy. So maybe I'll look for separates instead of pajama sets. Unless there are some (cheap) that I can find in the style I'm looking for. Otherwise I think I'll just get some thermal stuff and layer. Might do that anyway. I'm cold when I get up in the morning especially. Maybe a robe would help with that. Right now I kind of wrap up in this throw that I have. It's soft and fuzzy but probably could be warmer/ cover better.

Today all of the pictures should be ready. I don't think I'll have time to pick them up though. Most of the order was ready Monday but I didn't have time to get it then either. I have something to test print too. I need to get it on a disk though. I'll put it up on my flickr when I'm done typing this.

I've been playing with http://www.thethingsiwant.com the last couple days. I realized my favorites folder for stuff I want has become hard to manage (this says I want too much junk) and I was looking for a universal wishlist site to manage the things I want that aren't on amazon. Usually I only want one or two things from any given site so it makes more sense to put it all together so I can find things again. I like thethingsiwant so far. Entries are taggable so that's handy. 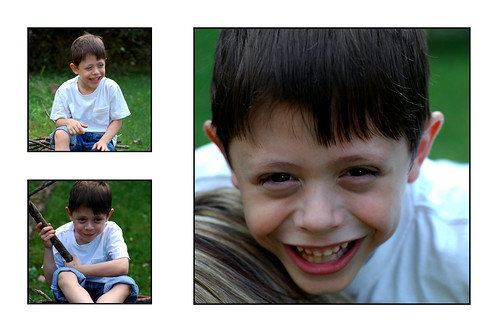 This is a bit of an experiment to see how it looks in print. It's set up to be an 8x12. If it works out well I'll put it in my portfolio.

I'm so excited that the washer now does not have a faulty wigwag. I'm doing laundry. Lots of laundry and it's making me so happy! This just isn't right. But really, neither is not doing laundry for weeks and weeks. Also I am drinking tea. And as of about 5 minutes ago, officially skipping class. I was going to go... but the washer is fixed! Wee!
Collapse